Focus on a player : Michel Bettane 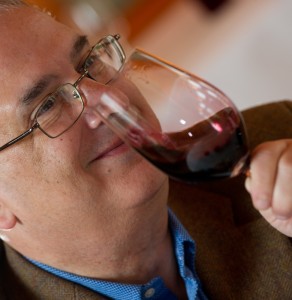 Michel Bettane
Frenchman Michel Bettane was actually born in the United States 60 years ago, and began his career as a Classics professor and lecturer. His passion for wine prompted him to enroll on a tasting course at the Wine Academy in Paris in 1977, where he met Michel Dovaz, the professor of wine tasting at the International Academy of Wine in Geneva.

In 1980, the French national wine magazine, « La Revue des Vins de France » changed hands and the new owners set out to re-vamp the publication. Michel Bettane was asked to join the new editorial team, organized by Chantal Lecouty and Michel Dovaz. The magazine bounced back to life and regained the confidence of the general public.
Thierry Desseauve joined the team as editor-in-chief in 1989.
Today, Michel Bettane is an internationally renowned expert, appreciated for his independent judgment and extensive knowledge of the world’s vineyards. He is also a member of the International Wine Academy. 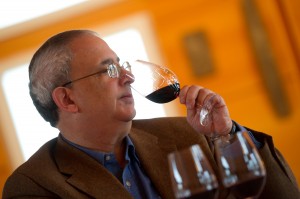 Bettane and Desseauve’s Wine Guidebook
As soon as he took up his post at the RFV, Thierry Desseauve became firm friends with Michel Bettane and they formed a successful professional tandem. Together, in 1996, they created the “Classement des meilleurs vins et domains de France” (Best rated wines and estates of France). In 2004, they left the Revue des Vins de France, which meanwhile had been bought by the Marie-Claire Group, and launched the “Grand Guide des Vins de France Bettane et Desseauve” (Great Guide to French Wines). This has become a benchmark reference among wine guides, and has enabled Michel Bettane to be in constant contact with thousands of producers as it is revised and expanded every year. The expert wine duo has published a host of other books, such as « Les 365 plus grands vins du monde » (The 365 greatest wines in the world), « Les Meilleurs vins à moins de 7€ » (The best wines at less than 7€), « Les Meilleurs vins des copains » (The best wines for friends), « Les Meilleurs vins pour créer sa cave » (The best wines to start your cellar), « Les Meilleurs accords mets et vins » (The best food and wine pairings), and « Leçons de dégustation » (Lessons in tasting)….

The « Grand Guide des Vins de France » team
As it developped, the Grand Guide has formed a talented team of tasters to assist Michel Bettane and Thierry Desseauve. These include Alain Chameyrat, Antoine Pétrus, Barbara Schroeder, Denis Hervier, Guillaume Puzzo, Hélène Durand, as well as Guy Charneau and Véronique Raisin, who were present during our photo documentary at Château Brane Cantenac. Guy Charneau has been a photojournalist for the past 25 years, and has closely monitored the evolution of the vineyards of Bordeaux, the great South West and the South of France. He has been a member of the tasting team since 2004. Véronique Raisin joined the Bettane & Desseauve team in 2005. She covers the vineyards of the Jura, Savoie and Bugey for the Guide, but also participates in tastings of wines from all over France. 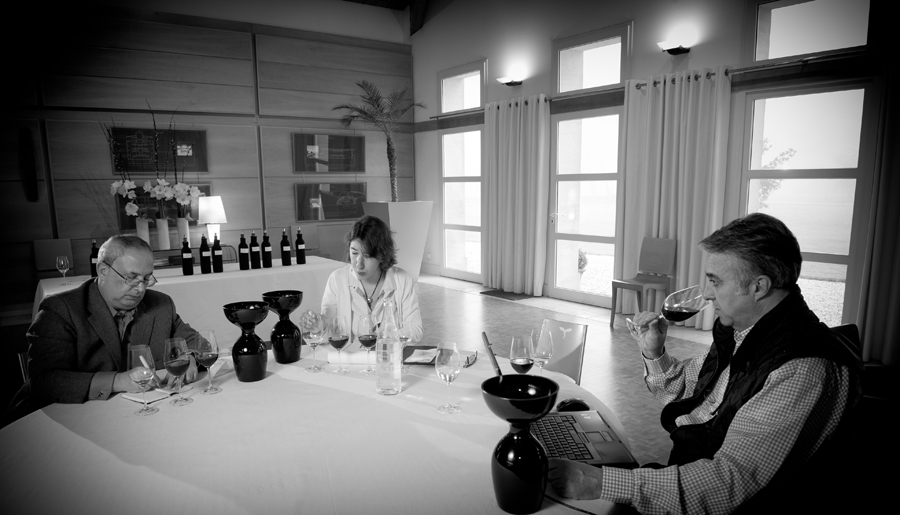