Focus on a player : Jean-Paul Barbier 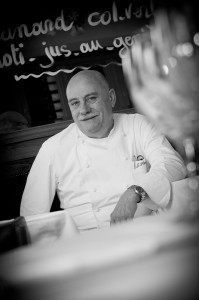 Jean-Paul Barbier was born in Bordeaux on the 25th January 1954 and has always lived in the region.

He carried out his apprenticeship at the bar « La Gironde » , located on the quays in the Bacalan district of Bordeaux, from 1971 to 1980. In 1981, Jean-Paul Barbier opened his own premises.

In the beginning, his establishment, the « Lion D’Or », was a humble bistrot-cum-village café, where customers played billiards  and card games… 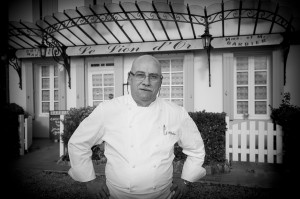 The « Lion D’Or » was gradually transformed into a restaurant, but the concept remains the same : a simple daily menu based on fresh seasonal produce.

This particular concept of the eatery located in the heart of the Médoc, has contributed to its success.

What is more, customers can bring their own bottles to enjoy with their meal without having to pay corkage.

A simple day-to-day seasonal menu
Ever since the restaurant opened, the formula has stayed the same: soup – starter – main dish – cheese – dessert – washed down with a glass of wine included. The menu changes every day depending on the season’s market produce. This simplicity and authenticity (genuine regional products and specialities) have turned this modest-looking address into an institution and a very popular emblematic establishement of the Médoc region. 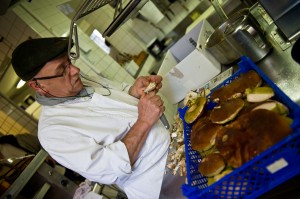