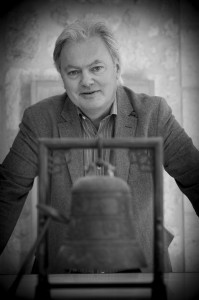 Hubert de Boüard was born in Saint-Emilion in 1956 and has 4 children. He joined the family business at Château Angélus in 1980, after graduating from the faculty of Oenology at Bordeaux University.

In 1985, he took over the management of Château Angélus and bought another property, Château de Francs, with Dominique Hébrard. A few years later, in 1998, he acquired Château La Fleur Saint-Georges in the Lalande de Pomerol appellation, where he produces « La Fleur de Boüard ».
Hubert de Boüard also co-owns an estate in South Africa. In addition, he is a consultant for other wine properties in France, the Lebanon, Spain and Thailand.

Hubert de Boüard is a passionate art and music lover and he especially enjoys sharing the art of entertaining with his friends! 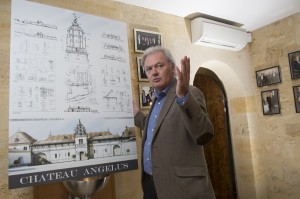 Château Angelus, Premier Grand Cru Class A of Saint-Emilion.
Located in a natural ‘amphitheatre’ – where sounds ring out – Château Angélus got its name from a plot of very old vines from which (according to local legend) one could hear the Angélus bell ring simultaniously from three different churches in the area. Sophie
de Boüard de Laforest came to settle in Saint-Emilion at the end of the 18th century, in 1782. At the beginning of the 20th century, Maurice de Bouard made his home on the estate and set about developing the vineyard at Angélus. His work was continued by his two sons, Jacques and Christian, until 1985.

As soon as he arrived at the château, Hubert de Boüard embarked on an ambitious and innovative programme to produce blue ribbon wines. He was soon joined by Jean-Bernard Grenié. After more than 25 years of constant calling into question, Château Angélus was awarded the title of Premier Grand Cru Classé A in September 2012.
Angélus’s wines are made up of 47% Cabernet Franc (from vines over 30 years’ old) and have a recognisable style of smoothness, elegance, purity and freshness.

The Château itself is currently undergoing extensive renovation work. The façade has been raised, towers and a campanile added. A new reception hall is in the making and the vat room and cellars are being remodelled so that the château can physically reflect the dream image its wine conveys.

A passion for the sea
Hubert de Boüard is also a passionate sailing enthusiast. 2013 has begun with Château Angélus taking part in the round-the-world sail race, the « Vendée Globe », with Jean Le Cam, the famous skipper, known for his love of fine food and wine. This is the third time Jean has entered the competition and, despite having a limitted amount of weight allowed on the boat, he has some fine food on board. He also has 3 bottles of the precious « nectar » to clink glasses with Neptune, God of the sea, when he passes each of the three ‘Caps’ (Good Hope, Leeuwin and Horn). « I wouldn’t want to offend Neptune, so I brought good wine with me. I don’t take unnecessary risks! » he announced before departing.
Locals in land-based Saint-Emilion are excitedly monitoring his progress in this most daring sea adventure. 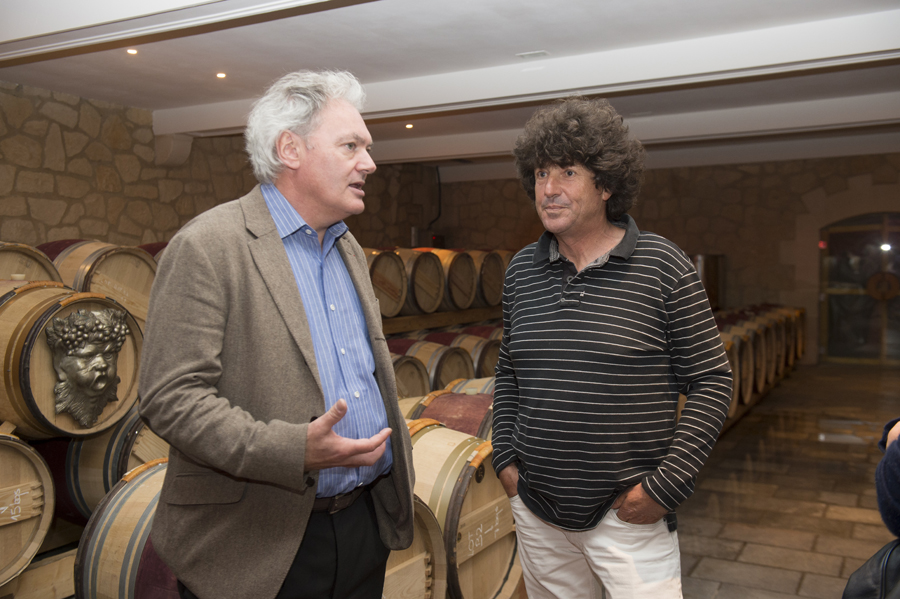