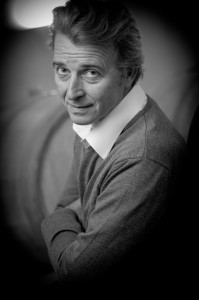 He learnt his trade through hands-on experience, while working for an importer in England.

Boosted by this experience, Frederic de Luze went into partnership with Thierry DECRE in 1992 to create L.D.VINS SA, a merchant company specialized in distributing Bordeaux Grand Cru Classés both in France and abroad.

In 2004, he also took on the job as manager of Château Paveil de Luze, a Médoc Cru Bourgeois located in Margaux, which has been in his family since 1862. 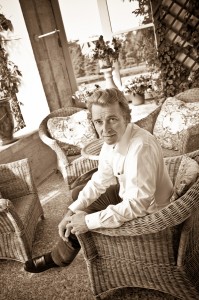 Château Paveil de Luze
This is one of the oldest Médoc wine properties, with a vineyard dating back to the 17th century.

In 1862, Baron Alfred de Luze bought this magnificent 120 hectare estate and introduced his wines all over the world, especially in the U.S., where his brother, Louis-Philippe, managed the distribution.

The Siberian winter of 1956 destroyed a large part of the vineyard, but in 1960, Baron Geoffroy de Luze decided to give the estate a new lease of life by re-planting the vines and renovating the vat room and cellars.

The current East/West-facing vineyard spreads over 32 hectares, in one single plot and its vines grow on the same land as their ancestors did three centuries ago. The top soil and sub-soil are made up of deep gravels, which provide good natural drainage and ideal conditions for producing elegant wines.

The Médoc Crus Bourgeois Alliance
Since 2010, Frederic de Luze has been president of the Alliance des Crus Bourgeois du Médoc, a Syndicate whose aim is to protect and to promote the traditional “Cru Bourgeois” label and  classification. He has just supervised the second “Cru Bourgeois” Official Selection which was published in September. The current “Cru Bourgeois” Official Selection is composed of 246 Crus Bourgeois for the 2009 vintage, which together represent 4,300 hectares of vines within the prestigious A.O.C.s of Médoc, Haut-Médoc, Listrac-Médoc, Moulis-en-Médoc, Margaux, Pauillac et Saint-Estèphe and a global production of almost 32 million bottles available on the world market.
Official 2009 Selection