Focus on a player : Robert Beynat 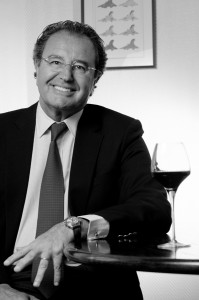 Robert Beynat
Robert Beynat was born on the 23rd March 1948 in Casablanca.
1956 marked the independence of Morocco and his return to France, to Angoulême.

He got married in Bordeaux, where he acquired a doctorate in Economics and graduated from the Institute of Business Adminstration in Bordeaux.
Robert Beynat began his career at the Société Saint Joseph in Gradignan in 1971, then joined the Bordeaux Chamber of Commerce and Industry in 1975.
He is passionate about two things; bullfighting and wine.

In the early eighties, the wine market was in crisis and the Chamber of Commerce was asked to help the industry. It was then that Robert Beynat met market operators from all over the world.

An idea rapidly took root in his mind: the creation of an international meeting place for wine industry professionals. At the time there were numerous wine fairs for consumers but no purely professional event. 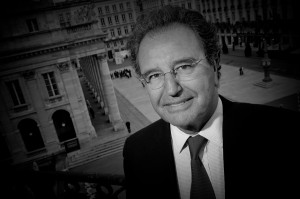 Vinexpo
The Vinexpo company was born in 1981. 76% of the company is owned by the Bordeaux Chamber of Commerce. The rest is shared between 44 firms involved in the wine industry. The early days were difficult ones, as it was a complicated task persuading those concerned to accept the idea of inviting all the wine industry players – even the competition – to Bordeaux. In 1981, the first year the Vinexpo trade fair was held, there were 524 exhibitors from 21 different countries and 11,000 visitors from 50 countries. Vinexpo will thus be celebrating its 30th anniversary this year. During the previous fair in 2009, the organizers recorded 2,400 exhibitors from 48 different countries and 47,000 visitors from 135 different countries. We can appreciate how much progress has been made…
Today Vinexpo has asserted itself as the largest professional fair in the world for operators in the Wine and Spirit industry.
Since 1997, Vinexpo has been successfully complemented by Vinexpo Asia Pacific, which opened in Hong Kong in June 1998 and was held in Tokyo in 2000 and 2002.
In 2002 and 2004, the US version, Vinexpo Americas took place in New York and Chicago respectively.

Vinexpo 2011
Four months before the opening of the trade show, Vinexpo is accumulating reservation requests. Italy, France and Spain, which represent almost half of the world’s wine production, are once again very actively involved in the event this year. The major producing countries have also made exhibit space reservations to set up their national stands: Germany, Chile, The U.S., Austria, Portugal, Hungary, Greece, Brazil…In total, the fair will occupy a surface area of 90,000 square metres, including three exhibition halls, the Conference Centre and gardens, the Club du Lac, restaurants, conference and tasting rooms and all the services available to exhibitors and visitors.
Tastings By Vinexpo –  a novelty in 2011.  All the tastings organized during the event will come under this heading. In addition to Halls 2 and 3, the Palais des Congrès (Conference Centre) will become a mecca for tastings and conferences in 2011. Details of one hundred or so events will be released in March.
Vinexpo will take place in Bordeaux from Sunday 19th to Thursday 23rd  June 2011. 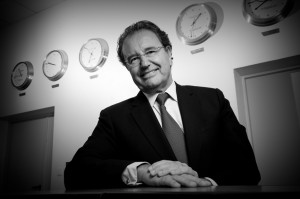