Focus on a player : Olivier Dauga 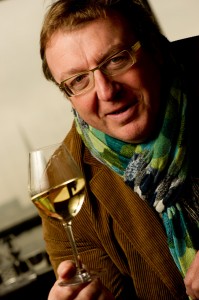 Olivier Dauga
Olivier DAUGA was born in Libourne in 1964… with a vine in one hand and a bunch of grapes in the other. He proudly represents the seventh generation of a family of wine growers.

Olivier DAUGA, with his powerful build of a second row lock, has developed a conqueror’s character  (?) through years of passionate rugby practice.

At the age of 44, even after years spent away from the rugby field, he still regards the sport as the best ‘school of life’, which instilled in him team spirit, respect for his fellow men, humility, a sense of sharing and friendship.

In 2000, when Olivier Dauga set up his company  “Le Faiseur de Vin” (the Wine Maker), his idea was a simple one: to express the natural fruitiness, richness  and freshness of his wines in the most obvious way possible, by revealing the ‘terroir’ while at the same time respecting nature. 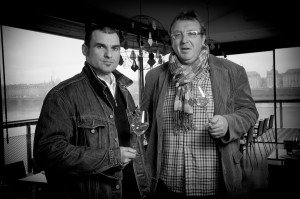 Le Faiseur de Vin
Olivier Dauga, together with his fellow producers, makes good-tasting wines that sell well – pleasure wines which procure immediate satisfaction – all in a spirit of maintaining tradition, respecting the ‘terroirs’ (geology and geography) and the economic constraints of each grower.

Olivier DAUGA and his producers will present their new wines at the PRIMEURS 2010 (Futures presentation) from Tuesday 5th – Thursday 7th April in the heart of the village of Margaux, opposite the Margaux Wine House (GREAT WINES space). This will be a non-stop tasting of around fifty wines and special reserves, lasting from 10am – 6.00pm. This frenetic “Futures” week will be rounded off by a grand gala evening christened « PERFECT WINE ATTITUDE® », held on Thursday, the 7th April from 7pm, in the Grand Grill room of the BRASSERIE BORDELAISE.  There will be live musical entertainment to accompany the tasting, which is open not only to professionals but also to amateurs among the general public.

Discovering Pierre Marzin’s wines at the «  L’Estacade » restaurant in Bordeaux
Pierre Marzin is one of the producers guided by Olivier Dauga.  Former medical assistant and self-taught wine grower, Pierre Marzin, bought Château Marzin in the Côtes de Blaye appellation in 2005. He immediately put in practice ancestral values, including ploughing the vineyard. Marzin produces  straightforward wines, which have character without frills. As an ex-flanker for the Cognac rugby team, he has maintained a taste for combat and integrity.
These photos were taken at the “L’Estacade” restaurant, previously run by Jean-Marie Esposito, a close friend of Olivier Dauga for thirty years, who sadly passed away recently.  Esposito was a man of great generosity and extreme kindness, always ready to close his first restaurant (“Joël D”) to help fix a broken-down car. He was also a creative professional, and his latest establishment, “L’Estacade”, reflects his personality in that it is a unique spot which lends itself to meeting friends and sharing a relaxed meal or a good bottle.  We will miss him…. 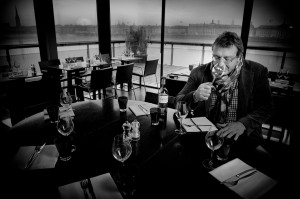