Focus on a player : Pascal Chatonnet 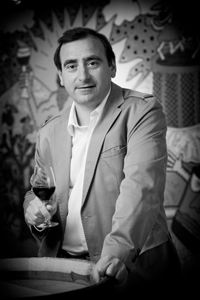 Pascal CHATONNET
Pascal Chatonnet combines his family heritage – 200 years of dedication to the vineyards of Saint-Emilion – with the latest technological innovations. This oenologist was born in 1964 and now manages the family wine estates in Lalande de Pomerol (La Sergue, Haut-Chaigneau) and in Saint-Émilion (L’Archange).

After his graduation in viticultural studies in 1984, Pascal Chatonnet attended the Institute of Oenology in Bordeaux, where he graduated in 1986. In 1991, he obtained a Research Study diploma from the University of Bordeaux, followed by a Doctorate in medical and biological science with oenology-ampelography (vine science) as specialty subject. He was rewarded for his various university theses with the first “International Award”, presented by the Amorim Academy and the “International Giuseppe Morsiani Award”.

In 1989, Pascal Chatonnet, who was by then already specialized in the effects of barrel toasting on wine and modifications in the chemical composition of wood during seasoning and ageing,  established a oenology consulting company.
Three years later, in 1992, he set up the EXCELL laboratory with his companion, Dominique. In 1998 Pascal Chatonnet and Michel Rolland created MR & PC Conseils, an oenology consulting firm which operates both in France and abroad. 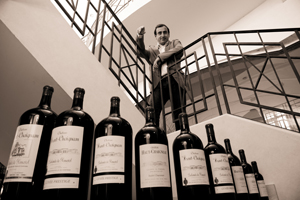 Château Haut-Chaigneau
Located in the village of Néac and surrounded by a 28 hectare vineyard, is a building whose façade is decorated with stone pillars. These gracious columns gave rise to the château’s nickname “The Temple of Wine”. In the 18th century, the famous wine broker Tastet-Lawton wrote in his notebooks about the Haut-Chaigneau wines’ ageing ability, which was a rare and necessary advantage at the time. The estate had practically become a ruin when it was purchased in 1967. By dint of hard work and unlimited passion, the estate has become a shining example of success, through both its architecture and its production.

André Chatonnet, Pascal’s father, designed and built a building with a unique architectural design, whose purpose is to obtain better vinification, ageing and tasting conditions – for the connoisseurs who visit the estate. The immense reception hall, which affords a view of row upon row of oak barrels, like soldiers on parade, beneath the vaults and archways of the underground cellar, is the symbol of this quest for quality.
It is only fitting then that the wines of Château Haut-Chaigneau are regularly awarded medals and good reviews by the best international wine critics.

EXCELL
Thanks to Excell’s expertise and network of international specialists, the laboratory intervenes in all the wine-making stages, from the vineyard to the bottle, to define the best conditions for vinification, ageing, bottling and corking. EXCELL laboratories use the most modern technology to analyze any traces of contaminating substances as well as componants with a positive influence on the quality of the wines, on a scale of a millionth or a billionth of a gramme per litre.

Excell proposes the « Zone VERTE EXCELL » (Excell Green Zone) certificate for those producers wishing to eliminate ambient contamination once and for all and who aim to use materials composed of recognized and controlled componants, to improve the comfort and quality of life and to put an end to undesirable pollution risks in the short, medium and long term.
EXCELL was the first laboratory to be accredited (COFRAC) for its quality control of cork stoppers and the dosage of contaminants such as haloanisoles (fungal aromas due to trichloroanisol or TCA) which are present in wine and materials in contact with it. EXCELL currently has subsidiary laboratories established in Argentina, Chile and Spain. 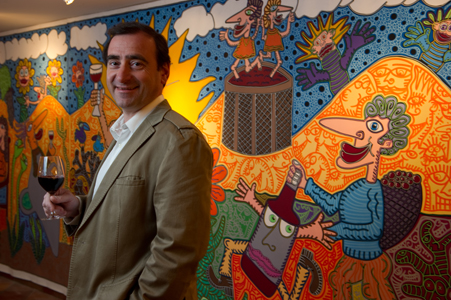