Focus on a player : Paz Espejo 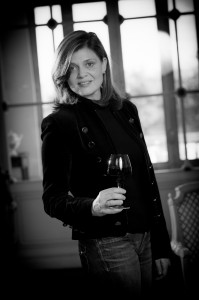 Paz Espejo
« I was born in Madrid, where I was a student at the Lycée Français. A lucky twist of fate brought me to Bordeaux to study oenology in 1991.
In 1997, I began working for the Bordeaux merchant, House of Calvet (which no longer exists) as manager of the technical department and purchasing. During those six years, I was able to gain a lot of valuable experience and produced modern-style wines that still retained their regional character. I travelled to the important international markets to present and sell the wines I produced, not only from Bordeaux but also from other regions of France, including Burgundy, Languedoc and the Rhone.
This experience especially instilled in me a respect for the essence of the wines of Bordeaux yet allowed me to make wines that would appeal to the international market. »
From 2003 to 2006, I joined another merchant house, Maison Cordier. Thanks to Cordier’s close links with the Bordeaux Grand Cru estates, I was lucky enough to manage properties like Château Rayne Vigneau in Sauternes, Château Grand Puy Ducasse in Pauillac and Château Meyney in Saint-Estèphe, where I vinified the excellent 2005 vintage. 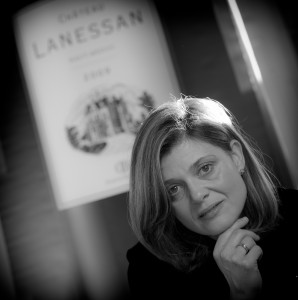 Château Lanessan
Since August 2009, I have been director of Château Lanessan, following in the footsteps of Hubert Bouteiller, who retired after thirty years of running the estate.
The Bouteiller family have owned the vineyards of Lanessan for eight generations since the 18th century.
Today, the estate consists of 80 hectares, 45 hectares of which are planted vineyards in one single plot, surrounded by 145 hectares of forest, where many different types of tree grow; cork oaks, red oaks, pines and poplars.
This AOC Haut-Médoc property is located in Cussac-Fort-Médoc, bordering the famous Saint-Julien appellation. Lanessan enjoys a privileged location on slopes made up of deep deposits of gravels left there by the Garonne river during the last Ice Age.
The average age of the vines is thirty years and the grape varieties are characteristic of the Médoc: 60% Cabernet Sauvignon, 35% Merlot, 4% Petit Verdot and 1% Cabernet Franc.

Paz Espejo : Prospects for 2011
« This year the growth cycle for all four grape varieties is two to three weeks ahead of schedule. The flowering of the Cabernet, Merlot and Petit Verdot was homogeneous and took place under ideal conditions. Drought conditions prevented the development of disease and we are delighted with the current health of the vines. The water shortage is not yet affecting the vines, but we will continue to monitor the situation carefully, especially if the drought continues. We can expect an early harvest this year.
We are delighted to see a new confidence in our wines, especially Lanessan and Les Calèches de Lanessan, (our second wine) from merchants and clients alike. Our aim is to continue working to develop this priveged relationship with our customers. 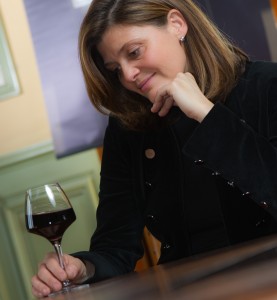