Focus on a player : Michel Aroldi 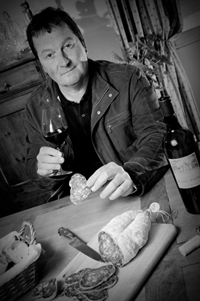 It is near Sauveterre de Guyenne where he earned his stripes in the wine business.

As heir to a long rural tradition it is to great effect that he imposes his down-to-earth style.

In 1993, his search for a large estate led him towards his birthplace and Fronsac, where he acquired Château Plain-Point. After taking stock of this exceptional plot of land, Michel has proved himself to be a truly talented wine-maker.

Thanks to his respect for nature and the meticulous care he constantly applies as much to the vines as in the cellars, with an essentially organic approach, at Plain Point he clearly achieves a refined expression of his « terroir ».

In his additional role as president of ‘Viniplurielle’, Michel Aroldi has surrounded himself with some of  the greatest wine-makers of France, united by grand ideal of “preserving the values and identity of French Wine.” 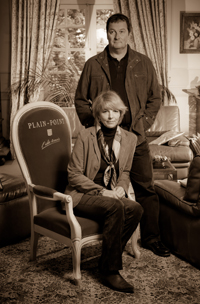 The château is nestled in the heart of a property of about 55 hectares in one single piece, and overlooks the 35 hectares of vines which make up the Plain-Point vineyard.

For many years Plain-Point has reigned on the great tables of a gourmet line across France from Biarritz (Hotel du Palais) to Paris (Fouquet’s Ritz).

That is to say that Château Plain-Point is at home everywhere. At Emmanuel Hoden’s restaurant, at the foot of the volcanoes of the Auvergne as with Mathias Dandine at the Lavandou, from the Grappe d’Or in Alsace to the Pressoir of Brittany, this elegant and powerful wine  in which the finest sommeliers often find the fragrances of wild blackberries or black cherries, of cepes or truffles, depending on the season, pairs marvelously well with dishes slowly cooked with loving care.

Plain-Point’s future lies in continuity .
2002 : The Bordeaux Faculty of Oenology is celebrating its 17th undergraduate party at Plain-Point.
2003 : The French Union of Sommeliers is holding its 34th general meeting, presided by Georges Pertuiset.
2005 : Plain-Point is Vinoplurielle’s source of inspiration for its project to create an national event reuniting the greatest wine-makers of France.
2007 : The television channel, WineTV gives Plain-Point international coverage.
2008 : Plain-Point is the wine served in Paris, at the Grand Palais, during the European parliamentarians’ luncheon.
14 Juillet 2009 : Plain-Point « presides over » Garden-Party at the Elysée palace.
Like the famous aphorism « in vino veritas », Jocelyne and Michel Aroldi continue to surprise us, in the portrait they project while applying a philosophy rich in values to Plain-Point. 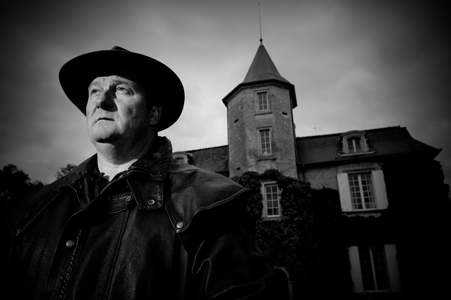 The English Version is  by Maxine Colas