Focus on a Player : Alain Moueix 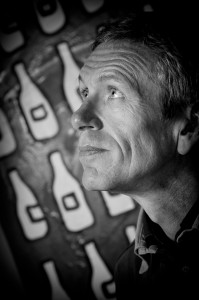 Alain Moueix
Alain Moueix, who is the heir to one of the great Bordeaux wine families, studied agriculture and viticulture for 6 years in Toulouse. He then spent a further 2 years training to perfect his knowledge of the different professions involved in the wine business : viticulture in the Corbières and Puilly Fuissé regions and also in the Napa Valley, marketing in the Listel company and finally, research in the French Agricultural Institute, INRA.

After graduating in 1990, he travelled to New Zealand to spend a year and a half working for Kumeu River Wines. In September 1991, Alain Moueix returned home to France and took over the running of Château Saint-André Corbin until 1992, when he became director of Château Mazeyres in Pomerol (an estate belonging to the French bank, Société Générale). In December 2000, Alain became co-proprietor (with 50% of the shares) of Château Fonroque, the family estate and, in 2002, he also began looking after the production at Château Moulin du Cadet, an estate owned by his sister, Isabelle.

Alain Moueix is also one of the 4 founders of the Cercle Rive Droite, the President of the Association of Saint-Emilion Grand Crus Classés, and deputy Jurat of the Saint-Emilion wine fraternity, the Jurade. 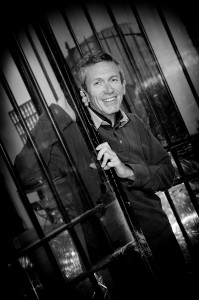 Château Fonroque
Jean Moueix was the son of a family of farmers from the Corréze region, in central France. He travelled to Paris in the 1920’s, where he started a business selling dairy products. He purchased Château Fonroque several years later, following the advice of his brother. When his eldest son died in 1979, the estate was entrusted to Etablissements Jean-Pierre Moueix until 2001 and the arrival of Alain Moueix. The Château is a great classified estate of Saint-Emilion spread over 22 hectares (including  17.6 ha of vines), located to the north west of the city of Saint-Emilion.

As soon as he arrived, Alain embarked on converting the vineyard to meet sustainable farming standards. In 2002, he carried out tests with a view to meeting the requirements of organic farming and, as early as 2003, decided to apply for Organic Agriculture certification (AGROCERT). The 2006 harvest was the first to obtain the “AB” logo. At the same time, biodynamic farming was being developed on the estate: on a plot of 6 hectares in 2002, then 12 hectares in 2003, and finally, since 2004, the entire vineyard has been farmed using biodynamic methods.

Fonroque has been a member of the Biodynamic Wine Growers Syndicate, BIODYVIN, since 2005.

Biodynamics
« Organic farming enables us to protect not only the environment (the soil, water tables and the air….) but also employees working in the vineyard.”
According to Alain Moueix, who initiated the move towards biodynamics, this method of farming also brings durability to the soils, and enhances the expression of ‘terroir’, the  brilliance and balance of the wines.
Biodynamic farming takes into account the vine’s immediate and distant environment.
The immediate environment is the soil, which, together with the vine itself, benefits from biodynamic preparation.
The vine’s more distant environment includes the stars and the solar system, and more importantly, the sun and moon. Because of its proximity to the earth, the moon has a very strong influence on the behavior of plants, foliage and the fungi which can damage the vines.
Alain has noticed an increase in biodiversity since the beginning of biodynamic farming on the estate. The soils are also more flexible to work with, the onset and progressive ripening of the grapes is more homogeneous and they ripen earlier, which means they can be harvested at optimum ripeness with a good level of acidity and not such high potential alcohol levels. 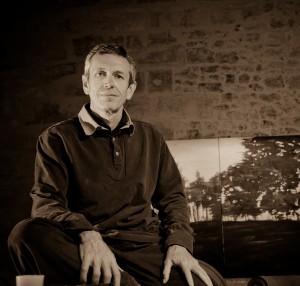