Focus on a player : Jean-Marie Amat 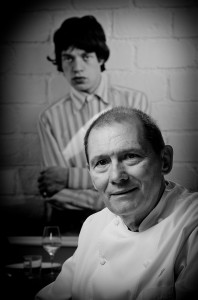 Jean-Marie Amat
He was born in Angoulême in 1945. He was just fourteen when he began his apprenticeship at the “Auberge de Bourgogne” in Bordeaux, where he learnt everything he wasn’t supposed to…
In 1964, at the age of 19, he opened the “Auberge Bikini” for his parents to run, and that same year, he read the Kreutzer Sonata, which inspired him to become an author.  In 1970, he opened his own restaurant, the « SAINT-JAMES », in the old quarter of Bordeaux, an establishment which became immediately popular with local gourmets. 1973 marked his meeting with André Guillot, the chef at the « Vieux Marly » restaurant. Jean-Marie Amat recognized the latter as being his only true culinary guru and went on to establish a second “SAINT-JAMES”, located on the top floor of an 18th century building, with a balcony view opposite the Opera House. In 1978, Amat was awarded his second Michelin star and, a year later, opened the “Bistrot de Bordeaux”, where he launched the concept of “crus by the glass”.
He crossed the Garonne river in 1981 to create the third SAINT-JAMES in Bouilac (the balcony town on the right bank of the river), with its unparalleled view of the city of Bordeaux. In 1989, he added a modern-style hotel, designed by the avant-gardist architect Jean Nouvel, to fit into the landscape… “Le Bistroy” bistrot was opened in 1992. Amat then took over the village café opposite and turned it into a steakhouse, the “Café de l’Espérance”. Jean-Marie Amat is a multi-tasker and always on the go. He has simultaneously managed to plant a vineyard in the Côtes de Bordeaux appellation, open a delicatessen in Bouilac and an open air café with live music on the banks of the Garonne, as well as restaurants designed by Philippe Starck. 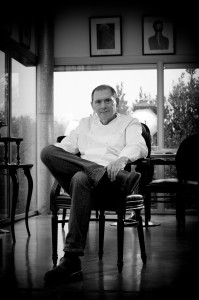 The first castle located on this site dates back to 1060 and was built by William VII.

It was owned by the English crown and the prince of Aquitaine, called the Black Prince is said to have stayed there.

The castle was rebuilt in 1626 by Henri Roche for Cardinal François de Sourdis and became a national treasure in 1789.

When the two men had the idea of turning the castle into a gastronomic restaurant, they asked Jean-Marie Amat to come and practice his culinary art there…

The restaurant opened in May 2007.

Jean-Marie Amat and the Arts
Jean-Marie Amat has a passion for photography. The restaurant is often host to photographic exhibitions. Currently on show is an exhibition by Lain Benoit on the art of making wine, shot at Château Troplong Mondot. Moreover, in the gardens of the Château du Prince Noir, visitors will find an artists-sculptor’s residence (which you can see from the Aquitaine Bridge). Jean-Marie’s other passion is his flower and vegetable garden. He uses his home grown vegetables in the restaurant cuisine. 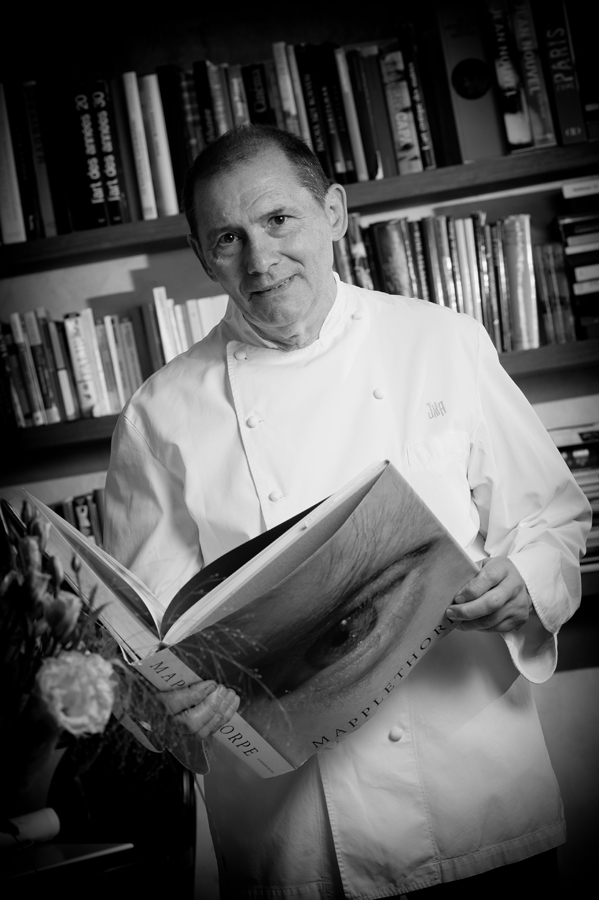