Focus on a Player : Jean-Luc Sylvain 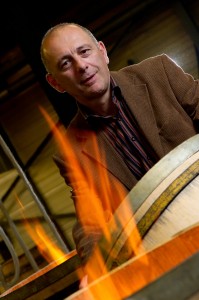 Jean-Luc Sylvain was born on the 1st June 1958 in Libourne, where he spent his childhood and was taught the craft of barrel-making and stave modeling by his father. He became a fully-fledged member of the family cooperage business in the early 80’s, which he took over in 1984.

Jean-Luc began developing the market and business opportunities, then set up a cooperage a few kilometres from Libourne and Saint-Emilion, in Saint Denis de Pile in 1991. A few years later, he added a staving mill to the site. Today, he manages a cooperage whose 48 employees produce 30,000 barrels a year, 70% of which are exported outside France. Moreover, in 2011 Jean-Luc Sylvain became president of the Federation of French Coopers.

He is actively involved in the local and regional community and has been a judge at the Libourne Commercial Court since 1997, while also being a permanent member of the Territorial Chamber of Commerce and Industry of Libourne. 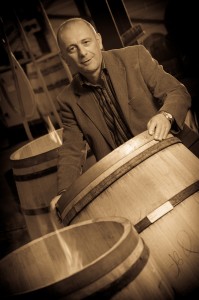 Tonnellerie Sylvain (Sylvain Cooperage)
Sylvain’s cooperage works in both hemispheres – North and South – and hence deals with two harvest seasons per year. This means constant barrel manufacturing all year round. The cooperage chooses and buys the all its wood (French oak trees from the state forests run by the ONF, France’s forestry commission)and has integrated the activity of stave preparation to have better control over its supplies.

Guaranteeing the origin and the quality of its raw material has been a major strategic priority in recent years, which is successfully paying off today :
–    The PEFC certification guarantees that Tonnellerie Sylvain buys its wood from organizations committed to sustainable management of the forests.
–    The certificate issued by the quality control bureau Veritas is a guarantee that the origin of its raw material is exclusively French.

Tonnellerie Sylvain is driven by a strong mobile sales force. The latter travels around the Aquitaine region and the wine world and benefits from efficient export networks through agents or distributors.

Constantly seeking to innovate
Tonnellerie Sylvain, is always on the lookout for ways to improve its craft and conducts regular research to find ways to adapt its products to the market. This is how the cooperage came to manufacture its 500 litre barrel, designed for integral wine-making (alcoholic and malo-lactic fermentation,maceration,…); this is an innovative technique, and sufficiently convincing to create a specific new market. By combining tradition and modernity, this product has become the firm’s leading model. 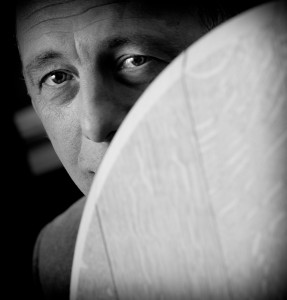