Focus on a player : Hervé Grandeau 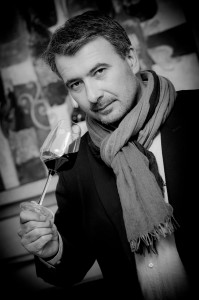 Hervé Grandeau
Hervé GRANDEAU was born in 1967. He lives on the family property of LAUDUC, located on the right bank of the Garonne river, not far from central Bordeaux, in Tresses – which takes its name from the old French “Tres leu cas”, meaning ‘3 leagues from Bordeaux ‘(nowadays 12km).

After completing business studies and 3 years working for Total, Hervé studied wine and spirits and came back to Lauduc in 1994 to take over the marketing of Château Lauduc’s wines, with the aim of enhancing the estate’s reputation and its distribution network.

Hervé and his brother Régis share the workload; Régis manages the vineyard and wine-making, while Hervé puts the finishing touches to the blending and markets the wines.

Together, they strive to find the perfect balance between the expression of ‘terroir’ and today’s consumers’ tastes. 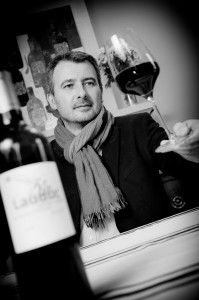 Château Lauduc
Hervé and Régis strive to uphold a tradition of wine-making which was passed on to them by their great grandmother, in a village where the high demand for housing and town planning is increasing day by day.

The estate farms 55 hectares of vines, consisting mainly of red grape varieties (AOC Bordeaux and Bordeaux Supérieur, Cotes de Bordeaux and wines without geographical indication). The brothers also breed cattle and horses on the estate, and Régis trains the Brittany breed of carthorses to work in the vineyard.

In 1994, 90% of the production was sold in bulk. Six years later, Hervé Grandeau is currently marketing  100% of the production in bottles through his own distribution channel, MAISON GRANDEAU LAUDUC. 35% is exported (Europe-USA-South America-Asia) and 65% is sold in France to the hotel-restaurant trade, independent retailers, wholesalers and private buyers.

Today, the quality of the wines of Château Lauduc is acknowledged by the press and rewarded by many prizes and medals.

Dynamic involvement in the collective management of our AOC’s
“Ever since I turned 30, I have been actively involved in ODG (organization of defense and management of appellation wine zones) ; firstly, by running the Young Bordeaux and Bordeaux Supérieur wine growers commission. Then in 2006, encouraged by my friend, Bernard Farges, I accepted the position of general secretary, to assist him in reforming the AOC and its list of specifications. My involvement led me, in 2008, to become president of QUALIBORDEAUX, the quality control organization, which had to be set up and fully operational in just a few months. Today, Qualibordeaux monitors 90% of the AOC’s in the department of Gironde, and is moving forward, particularly with a more highly specialized training course for tasters and a database which catalogs their results. In 2010, I continued my involvement by joining the CIVB, to help implement the “Bordeaux Tomorrow” plan, which aims to enable tomorrow’s producers to earn a decent living.” 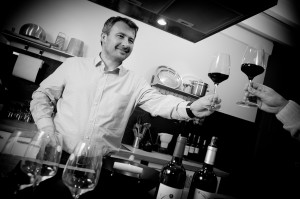