Focus on a player : Guillaume Halley 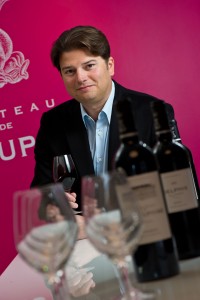 Guillaume Halley
Guillaume Halley is a member of the family who founded the Promodès group, born in Caen in 1977. He studied business management at the ECAL in Rouen, and then at the ESC in Paris. After graduating, he worked for the hypermarket chain Carrefour before becoming store director of the Champion supermarket in Questembert, Brittany in 2002.
Guillaume has always been a passionate wine lover, and was already personally responsible for buying stock for the wine department at the group’s store in Caudéran, Bordeaux in 2004, when his father asked him to take over the running of Château de La Dauphine (acquired in 2000).
Today, Guillaume Halley is fully integrated in the world of hypermarket chain stores (he runs the Carrefour Market franchise in Ouistreham and the Caudéran Ferry store in the suburbs of Bordeaux). He is also part and parcel of the wine business, via his work at Château de La Dauphine.
« I would like La Dauphine to become an essential Right Bank wine, a brand like Chasse-Spleen in the Médoc. We are aiming to make it a recognised quality reference wine, available at a reasonable retail price (15-20 €). We are also on the lookout for good ‘terroir’ land to add to the existing vineyard. » 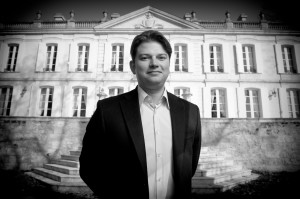 Château de La Dauphine
The Château, built between 1745 and 1750, is attributed to the famous French architect, Victor Louis, who designed the beautiful Opera House in Bordeaux. Originally made up of a 10-hectare vineyard, the estate was extended to encompass the adjoining châteaux by its previous owner, Jean-Pierre Moueix, whose company had purchased the property in 1986 from the De Brem family.
Today, the estate, which was bought by S.C.E.A. Domaines Jean Halley in 2000, is a vast 45-hectare property, containing 32 hectares of vines within the appellation of Fronsac. The average age of the vines is 33 years old. 80% of the vineyard is planted with Merlot and 20% with Cabernet Franc.

Spectacular investment
Since 2000, the new owners have invested massively, both in the renovation of the château itself and in the winery’s technical buildings.
Indeed, this is now one of the most modern wineries in the entire Bordeaux region : with its circular vat room, grape management via gravity, thermo-regulated cement and stainless-steel vats and its semi-buried barrel cellar. No expense has been spared to ensure a perfectly handled plot-by-plot management from harvest time to ageing.
The S.C.E.A. company produces and markets two labels from the estate : Château de La Dauphine and its second wine, Delphis. 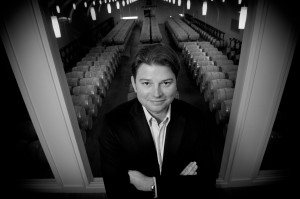