Focus on a player : César Compadre 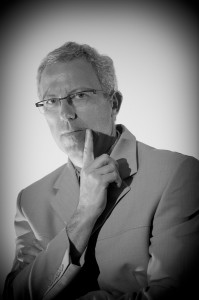 César Compadre
César Compadre was born in the mountains of Northern Spain but grew up in the Médoc; initially in St.Seurin de Cadourne, then St.Estèphe and Pauillac. He graduated at the Bordeaux Political Sciences Institute (IEP), obtained a Masters degree in Administrative and Social Economics (AES) and a Diploma in wine industry law and vineyard management. He has been a journalist specialized in the wine business for 22 years.

As early as 1989, César participated in creating the magazine “La Vigne” (The Vine), which is currently the leading wine magazine for professionals in France. After working for “La Vigne” for 14 years – including ten years as editor-in-chief – he decided to take up a new challenge, this time within the “Sud Ouest” media group.

He joined the editorial team of South West France’s major daily newspaper, as Wine and Spirits columnist. This return to the region suited him well: “I love journalism, and in the Gironde region, the wine business is a vast universe which generates a myriad of different jobs, skills and crafts, providing me with a wealth of writing material every day.” 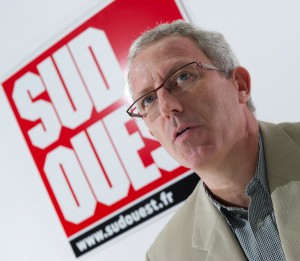 « Sud Ouest » and Wines
The director of the Bordeaux-based newspaper, Pierre Jeantet, gave César Compadre a mission upon his arrival 7 years ago: « I want to to be proud of the way the vineyard and the wines are dealt with in « Sud Ouest », said the boss. The wine world is a multi-faceted one: apart from being a major economic heavyweight and a rich source of political and social issues, wine is very much a cultural product with deep historical roots in the region. It comes therefore as no surprise that “Sud Ouest” (with its daily circulation of 300,000 copies in print, and a fast developing website) gives ‘wine and vine’ news pride of place.

Each week 4 articles focus on this major sector of activity. Two of them appear every Tuesday: one column in the opening regional pages, centred on information for wine business professionals, followed by a page in the “lifestyle” back section, more geared towards consumers’ interests. The third column called “Ceps en Cave” (from vine stock to wine store), is published exclusively in the Gironde département’s Thursday edition (Sud Ouest covers 8 ‘départements’ or counties : 5 in the Aquitaine region, 2 in the Charentes and 1 in the Gers). César Compadre also writes a column every Sunday for the group’s “Femina” magazine, called “Glass in Hand” and regularly contributes to other publications owned by the group, like “Sud Ouest Gourmand” and “Terre de Vins”. 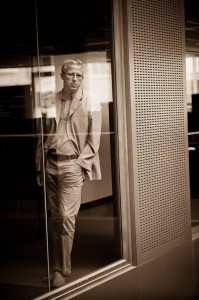 China makes an entrance
China becoming a major player in the wine business has become hot news for this renowned Sud Ouest journalist. China, where wine was practically unknown up until a few years ago, has experienced a wine ‘revolution’ to become the world’s leading customer for Bordeaux wine exports in 2011. Moreover, César Compadre was in Hong Kong at the end of October to cover the third Wine & Dine Festival, elaborated along the lines of the original wine festival “Bordeaux Fête Le Vin”, which attracts thousands of enthusiasts to Bordeaux’s quayside on the banks of the Garonne River every other year.

As a consequence of China’s grand entrance on the wine market scene, many French producers and merchants are making more and more frequent business trips to the former Middle Kingdom, to seek out customers and new market outlets. Meanwhile, Chinese investors are traveling in the opposite direction – to Bordeaux – to acquire vineyard real estate (around ten châteaux have been sold to date). One wonders whether learning to speak Mandarin will become mandatory (like English previously) in the Gironde region! “Chinese interest in the region has become a hot topic for many of my colleagues. I get calls from all over Europe from journalists on the lookout for more information and fresh leads,” confides César Compadre. That in itself is yet another source of news topics to write about…